What is 3d Printing Technology? : Technology is changing the way we interact with the world. There are advanced technologies that stand out as Blockchain or artificial intelligence. The scope and impact of technology are so broad that even games Líne to are generating benefits in terms of general health and empowering sports with the rise of eSports.

But it is 3D technology that can have a profound impact on trade and exports.

3D printing technology is still in diapers. However, like many other previous technologies, it could soon become a widespread production technology. This would have a profound impact on international trade.

What is 3d Printing Technology?

3D printers are used to fuse plastics, metals, and other raw materials into new objects. The 3D printing process is an additive production process that unites layered materials. This means that only the material inlet is used, which ultimately flows into the manufactured product without waste.

Current production processes, on the other hand, are subtractive manufacturing processes. This means that the required materials are cut and processed (milling, grinding, filing, etc.), resulting in the loss of material that can rarely be reused. 3D printing technology, therefore, leads to a considerable reduction in material waste. This means higher productivity and lower prices for manufactured products.

Parts made with a 3D printer are also usually more durable and lighter than traditionally produced parts. 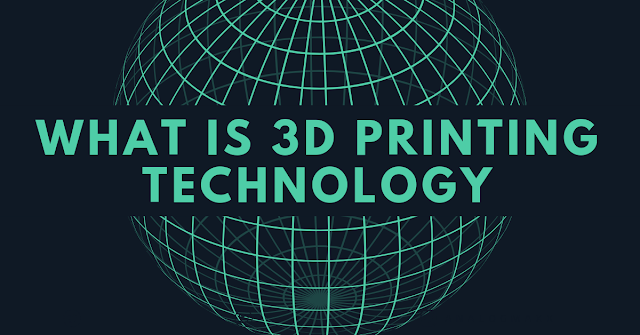 Although this technology is still at the beginning of its development, numerous products are already being manufactured. Not only individual pieces are produced, but also more and more end products. Examples are furniture, shoes, prostheses, machines, airplanes and auto parts, and even complete cars and prefabricated house parts.

It is entirely plausible that technological development makes the use of 3D printers also attractive for mass production. If this happened, world trade would change considerably.

Both developments likely lead to an increase in the total production of consumer goods where consumers live. From the point of view of industrialized countries, there will be insourcing and, from a global perspective, a stronger regionalization of production.

Global Value Chains May be Shortened

The regionalization of production has reduced the importance of imported inputs. Foreign suppliers no longer produce individual parts but with the help of 3D printing technology at the place of production. This results in cheaper products (because material consumption is lower and transport costs are eliminated), faster (because transport routes are saved), and more flexible (because specific product features can be addressed immediately).

The production technology properties of the 3D printing technology described above will increase cross-border trade of all raw and basic materials necessary for production with 3D printers. Industrialized countries such as Germany, which are particularly poor in raw materials, import more natural materials.

However, in general, the volume of world trade will decrease because the consumption of raw materials in the additive production process of 3D printers is much lower than in the traditional subtractive process. In addition, the rejection volume of 3D printing technology is deficient.

From an ecological point of view, this is a positive development: less global trade means less energy consumption. This reduces environmental pollution.

The decrease in cross-border trade in intermediate and final products does not mean that companies can no longer sell their products abroad. This can still happen, especially if original and high-quality products are manufactured. However, companies will manufacture many of their products using 3D printing technology in the country where they sell these products. To achieve this, it is necessary to develop the corresponding production capacities. This leads to foreign direct investment. Foreign direct investment will increase significantly in the future.

The future of world trade in the context of the growing importance of 3D printing technology is associated with a high degree of uncertainty. The importance of 3D printers for world trade remains insignificant. Therefore, it could be decades before the effects on international trade described above become a reality. But the advanced 3D printing technology, which facilitates local manufacturing, arrived and will impact world trade sooner rather than later.

Low-Cost Business: How to Start Switch Plug Business in India