Commercial opportunities in Croatia are mainly in the services sector and, more specifically, in tourism services. Other services related to education or publicity and public relations are also demanded.

The convenience of having a local partner

Although it is not essential, it is very convenient to have a local partner well positioned in your sector to guarantee success.

Because it is a small market and has few good distributors that have a network that covers the entire country, you can have as a business partner a company that helps you consolidate and maintain the presence of your products in the Croatian market. The choice of importer-distributor plays a vital role in the success of the business.

It is recommended to keep the interest towards your Croatian customers alive, either through an annual visit or trying to coincide in an International Fair. It is a market where there is significant competition, so taking care of their importers-distributors will help prevent their products from being replaced by those of other European Union countries (mainly Italian, German and Austrian), which are continuously offered to them.

In the case of relations with public bodies, communication can be tedious and lengthen longer than expected, so there is patience until results are achieved. 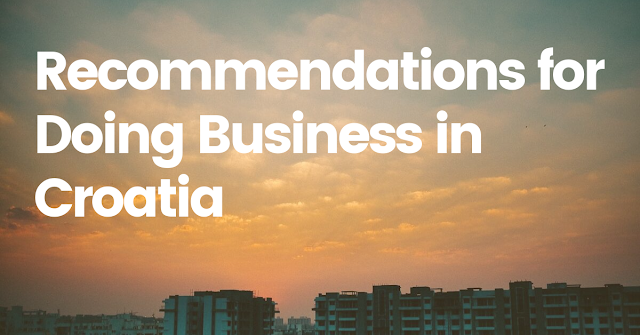 Croatian business people tend to organize their time, are respectful of their commitments, and are not exempt from certain impatience and even arrogance on many occasions.

Try to always arrive on time for your appointments

If the scheduled interview cannot be reached on time, telephone the company to report the incident. The cancellation of discussions is very severely seen by Croatian businessmen and damages the image of Spanish companies.

The Croatian market is not similar to those in the neighboring countries of the Balkans.

When considering addressing the markets of the countries of the Western Balkans region, keep in mind that, due to the higher level of economic development in Croatia, the Croatian market is currently more demanding in quality and technology than those in the neighboring countries of the region.

It is difficult to compete in the Croatian market, having to face a small and poorly connected market with Spain, with transport that in most cases is expensive and scarce and with the competition of the financial facilities granted by Italian or German entrepreneurs. Even so, it would be convenient if, at least, the first operations were covered by a letter of credit or by export credit insurance, as there were numerous Croatian companies with liquidity problems. However, so far, the claims for non-payment have been very few.

The official language is Croatian, but it is pretty frequent to carry out the negotiation in English, the language in which the catalogs should be distributed. Italian and German are also quite widespread, given the unique relationships with Italy, Germany, and Austria. In some circumstances, it may be necessary to have to resort to the services of an interpreter, so make sure to make sure before arriving at the interview.

The usual communication is similar to that with other European countries, both by email and by phone. Although, it has been observed that telephone call is always much more effective than emails, which often do not receive a response, especially regarding relations with public organisms.

Being a Catholic and Central European education country, customs and personal relationships are very similar to the Spanish. Latin American businesspeople will not find any difference in the treatment, except for a somewhat less open and cordial attitude to which we are accustomed in our countries, as coldness to the stranger is a characteristic of Slavic countries.